BioSorbio, which produces an eco-friendly seedbed and fertiliser for farmers, is starting production in Zambia. Finnpartnership’s support played a decisive role in the launch of the operations.

Seinäjoki-based Oy BioSorbio Ltd has developed a seedbed and fertiliser for crops that, when applied to the field, provides plants with the necessary nutrients for one growing season. The fluffy and floury fertiliser also absorbs a large amount of water, reducing the need for irrigation.

Jukka Lunden, founder and CEO of the company, believes that the Finnish invention can also help farmers in African countries to develop their food production and improve food security.

“One litre of the seedbed and fertiliser absorbs 0.9 litres of water, making it ideal for the sandy fields common in Africa, where water is quickly absorbed. The insoluble but biodegradable product provides nutrients for the entire growing season, during which two crops can be harvested with a single application,” says Lunden.

Abundant use of water in agriculture strains the scarce water resources in many places in Africa. Lunden points out that irrigation also incurs high costs if farmers need to use water pumps, the running of which requires a lot of energy.

BioSorbio’s opportunity to launch operations in Africa arose in Zambia in 2018, when the company attended an agricultural fair in the capital, Lusaka, and the product attracted a lot of positive attention. This encouraged the company to further explore the opportunities the country could offer.

“We chose Zambia as a springboard because of the country’s stability and central location. We have also received a lot of support from the Finnish Embassy in the country,” says Lunden.

BioSorbio has set up a joint venture with a Zambian partner. The company has received Business Partnership Support from Finnpartnership to kick off the business.

“This kind of support instrument is vital for a company of our size. It had a significant impact on our decision-making. I don’t think that we would have been going to Africa any time in the near future. We would not have dared to take the risk by ourselves.”

Finnpartnership’s support will be used to cover the cost of building and commissioning the seedbed and fertiliser pilot plant and training the Zambian staff.

The factory fits a shipping container

BioSorbio has developed a production facility for the Zambian market that can fit in a shipping container. The liquid solution imported from Finland is turned into the product itself using oxygen from the air.

The operating model is somewhat similar to the production of orange juice, where imported juice concentrate is diluted and packed in Finland.

Zambia does not have its own commercial fertiliser production, so a lot of the soil improvers used in the country must be imported.

“The raw material for conventional fertilisers is mined somewhere in the world, often transported long distances to the production plant and then transported to the end users. In comparison, BioSorbio’s concentration is easy to transport, which significantly reduces logistics costs and the carbon footprint of transportation.” 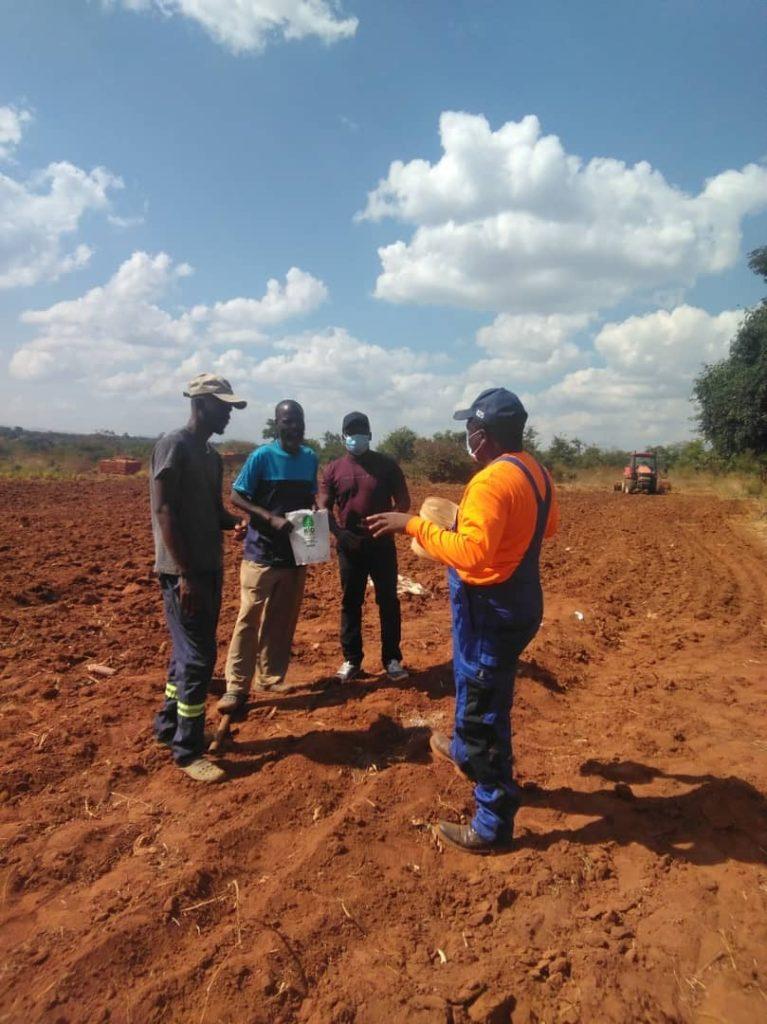 Aid organisations are the first customers

The coronavirus pandemic has delayed the launch of the business in Zambia. BioSorbio has rented premises in Lusaka, but the start of the production has been delayed by a couple of months due to transportation and customs formalities, which have taken longer than expected.

The company has started pilot cultivation and built networks in Zambia while waiting for production to start.

Lunden says that BioSorbio will, at least initially, focus on building customer relationships with international aid organisations. The World Food Program (WFP) is one of the organisations that have projects in Zambia to improve productivity in small farms and the country’s food security.

“I think there’s a good chance that our tenders will be successful. Our product is environmentally friendly and also competitively priced compared to conventional soluble fertilisers imported from abroad.”

The company will first focus on selling its products through larger distributors. Lunden says that it is possible that the product will be sold to farmers without a middleman in the future, but this would require the creation of a sales network.

BioSorbio will initially employ five people in Zambia. As production and sales kick off, more employees will be required.

“We estimate that we will directly or indirectly employ approximately 20 people at the end of our first year of operation.”