A Finnish education-sector company is teaching maritime skills in the Philippines. Another is establishing new teaching methods in Vietnam. What are the projects that Finnpartnership supports all about?

The UN member states have agreed on Sustainable Development Goals, one of which (Goal 4) is securing inclusive and equitable quality education and lifelong learning opportunities for everyone by 2030. Finnish education-sector companies are also involved in furthering this goal.

Technical training is the spearhead

An excellent example is Gigamare Inc, a company that specialises in maritime training and operates in the Philippines.

“Most of our trainees are graduates from maritime schools in the Philippines. High-quality supplemental training enables them to find employment. Additionally, training helps those who are already in employment secure their positions in an ever-changing employment market,” says Jari Ullakonoja, CEO of Gigamare.

Gigamare was founded in 2013 to carry on the ship engine and powerplant manufacturer Wärtsilä’s training operations in the Philippines. A Filipino partner and Novia, Finland’s largest Swedish-language university of applied sciences, also hold stakes in what is otherwise essentially Ullakonoja’s family business.

Technical maritime training accounts for 70 to 80 per cent of Gigamare’s turnover. “Course subjects include shipborne machinery, electrical and auxiliary equipment and subjects related to controlling automated systems. The selection of training packages on offer has also been expanded into ship handling and navigation,” Ullakonoja says.

In the effort to develop its training, Gigamare is cooperating with Aboa Mare, Novia’s maritime education centre in Turku.

Roughly 1,500 trainees take part in the company’s maritime training each year. The length of the courses on offer ranges from one day to six months. 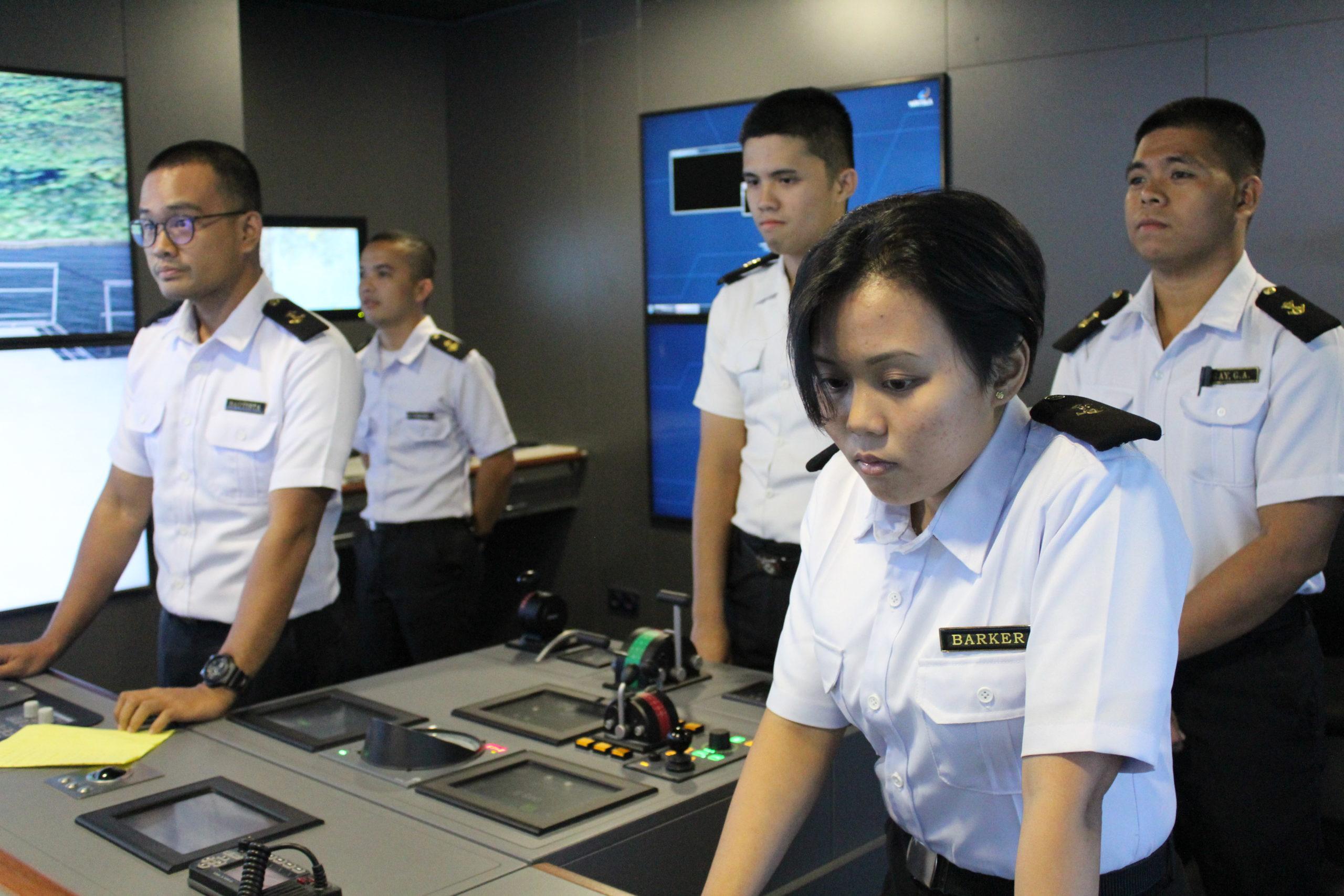 According to Ullakonoja, the longest courses are designed for people who have graduated from local education institutes, providing them with supplemental training before they begin their employment in a shipping company. Their training is usually paid for by their future employer.

There are a large number of maritime education institutions in the Philippines, but the quality of their training varies significantly. A typical problem is large class sizes, which limits students’ opportunities to practice the skills they are learning.

“Supplemental training also has an important mental purpose, as spending a few months on a course increases trainees’ trust in their own skills and builds up their readiness for working life.”

The Filipinos working on the world’s oceans have a significant effect on the financial life of local families and on the entire Philippine economy. Ullakonoja says that Gigamare has been able to help thousands of Filipinos lift themselves out of poverty.

The company’s surveys indicate that the typical income of their trainees’ families is approximately 300 dollars per month. A new employee aboard a ship makes a minimum of 500 dollars per month and, for example, an experienced chief engineer can make thousands of dollars a month.

“Those working at sea have an enormous effect on their immediate social circle and the entire Philippine economy.”

Training is expanding into new fields

Technical maritime training is set to remain Gigamare’s spearhead, but the company intends to develop their business in new fields as well. This is the reason the company has received Business Partnership Support from Finnpartnership.

New initiatives include language training, in which Filipino nurses intending to work in Germany spend eight and a half months learning German.

Ullakonoja believes that there are wider opportunities for exporting Finnish training to the Philippines.

“Finland’s excellent reputation in the field of education helps, but this is still a highly competitive sector. Philippine schools are very interested in collaboration with Finnish and other European actors. How that collaboration can be turned into something profitable for companies is another question.” 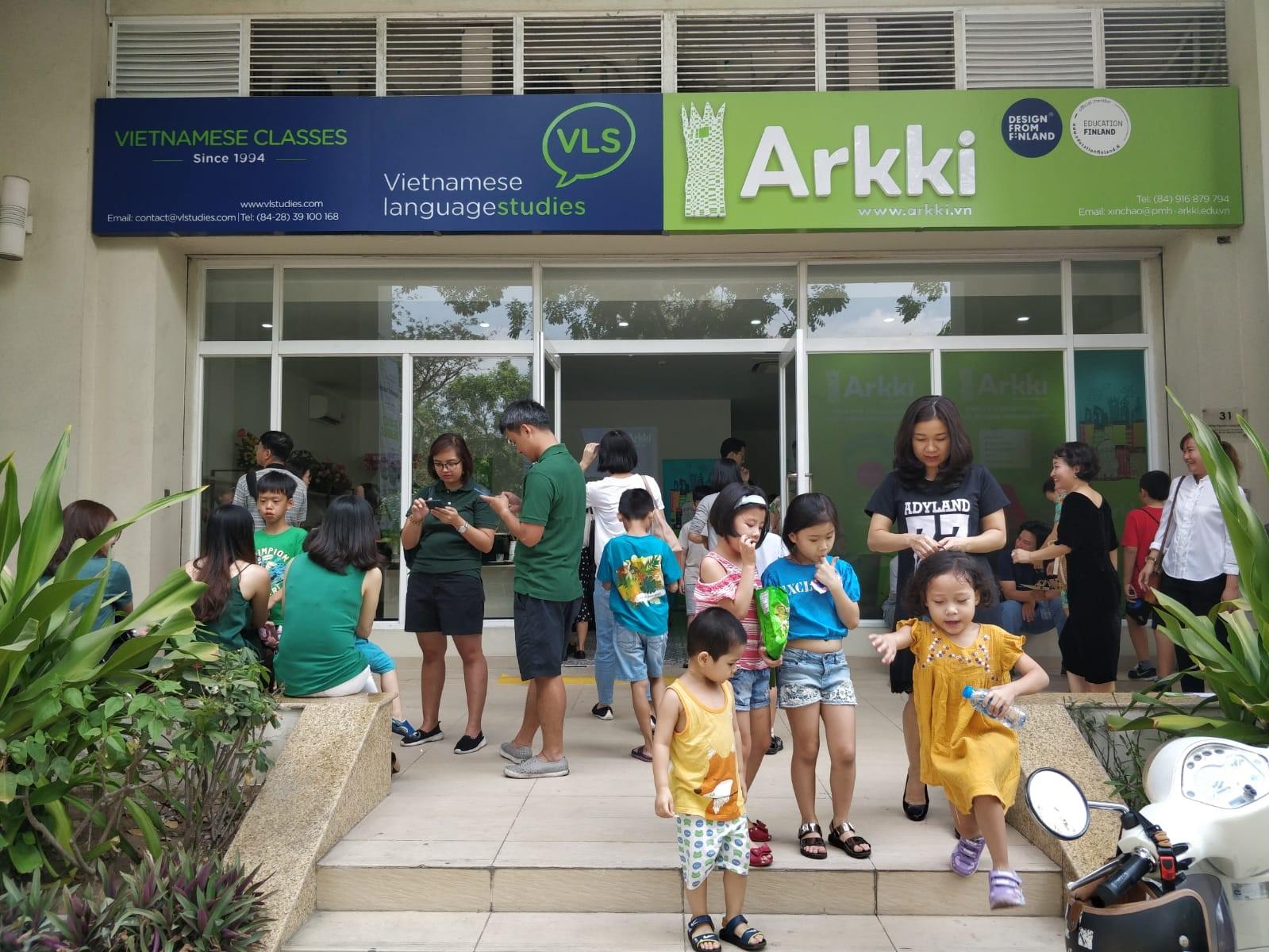 A school of architecture expanded their activities into Vietnam

Another Finnish education-sector company operating in Southeast Asia is Arkki International Oy, which commodifies and exports the teaching contents of architecture school Arkki. The school’s first pilot projects in Vietnam started a couple of years ago.

Arkki International’s CEO Pihla Meskanen, who was also the school’s head teacher from 1993 to 2019, says that the collaboration began with the Vietnamese delegation’s visit to the Slush event in Helsinki.

“At the time, the group, which was mapping out companies that were involved with innovation, smart cities and education, also visited our architecture school for children and youth,” Meskanen says.

Arkki International found a partner in the local company Viet Motion, with whom they made a licencing agreement concerning the education concept and covering ten countries in Southeast Asia. The project, supported by Finnpartnership, included training Vietnamese staff to deliver the syllabus in a foreign way, in accordance with Finnish teaching practices. Staff were also given technological and administrative training.

Getting children involved in urban planning

The first project began two years ago in Ho Chi Minh City in southern Vietnam. In it, children from 8 to 14 take part in two-week participatory urban planning courses where they get the opportunity to design child-friendly cities.

The project, funded by the UN children’s charity Unicef, is organised in collaboration with the city’s Department of Planning and Architecture and the innovation organisation Saigon Innovation Hub.

“Marginalised children who have been taken into custody by the authorities or who are in children’s homes are our first priority when choosing who to invite onto the courses. During the course, children get to know urban planning and deliver their development suggestions to decision makers.”

According to Meskanen, in the city that has millions of inhabitants, children are most concerned about air pollution and chaotic traffic.

“There are so many mopeds around that crossing the street on foot is difficult to do safely. Children have also paid attention to waste management and the needs of parks.”

Alongside the participatory urban planning project, Arkki also organises creativity education clubs in Ho Chi Minh City that children can attend after school. Club activities are already being held in two districts, where they are funded by participation fees. 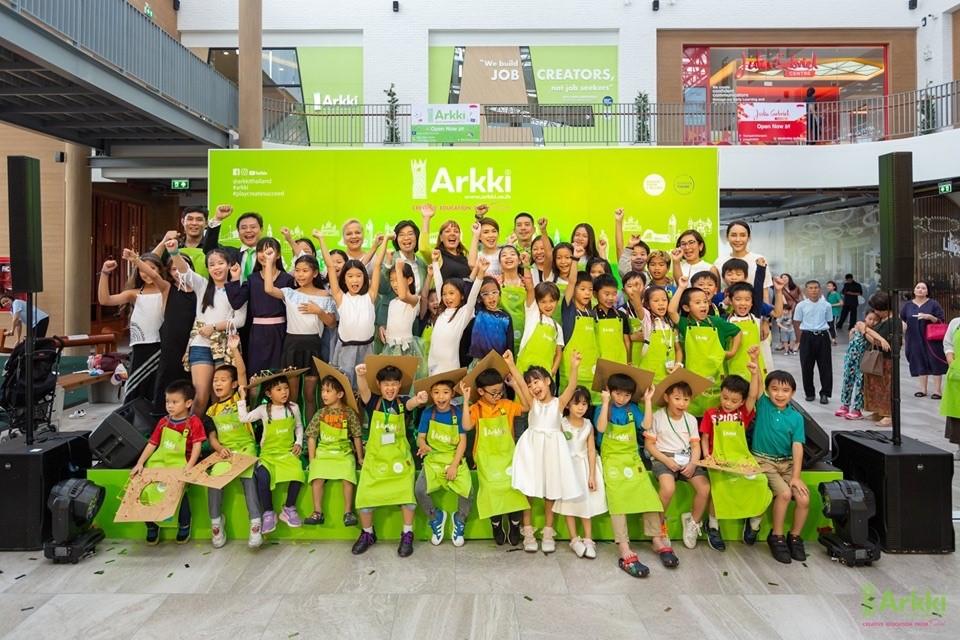 Meskanen feels that the value Arkki International brings to Vietnam is, first and foremost, that it is introducing the country to an education philosophy that is premised on different ideas.

“In Finland, everyone is included on equal footing, and children’s opinions are given weight. We also bring to the fore the simple fact that learning is fun. The purpose is to prepare children for life, not to achieve impressive grades.”

According to Meskanen, the pilot project in Ho Chi Minh City was Arkki International’s first expansion step in Southeast Asia. Their goal, in collaboration with their Vietnamese partner, is to expand their activities to other locations in Vietnam and other countries in the region. Arkki has received Finnpartnership’s support for the preparations needed to expand their business activities.

Outside Vietnam, activities have been launched in Thailand, where the first Arkki centre was opened in the spring of 2019. According to Meskanen, expansion preparations include extensive staff training.