Finnish expertise was in high demand at the Doing Business with Finland (DBF) seminars organised in Kigali, Durban and Port Elizabeth by Finnpartnership and Team Finland. Finnish education expertise also appealed to the attendees of the eLearning Africa conference in Kigali where Finnpartnership, together with the Education Finland programme of the Finnish National Agency for Education (EDUFI), had a “Meeting Point” booth.  The successful events received a lot of positive feedback and will open the communication channels between dozens of Finnish companies and companies in target countries.  In order to support long-term cooperation, Finnpartnership offers financial aid known as Business Partnership Support. Next year’s eLearning Africa will be held in the Ivory Coast in October 2019 and the event is available for companies with a similar concept in Finnpartnership’s plan for next year also – follow our newsletter!

There were 65 people present at the Doing Business with Finland seminar held in Kigali on 25 September. A majority of the attendees represented companies and other actors from the education and ICT sectors in Rwanda. Seven Finnish companies were present. In addition, Finnpartnership introduced 26 Finnish companies that were seeking partners in Rwanda and that will receive the contact information of Rwandan companies that propose partnerships after the event. The event was organised in Team Finland cooperation together with the Finnish Embassy in Dar es Salaam, Business Finland, Finnfund and EDUFI’s Education Finland programme.

Topics at the event included detailed information of the Finnish education sector and Rwanda as a business environment. Interesting facts included, for example, that nearly half of Rwanda’s GDP is generated from the service industry (48 %), while the share of agriculture is 30 %. 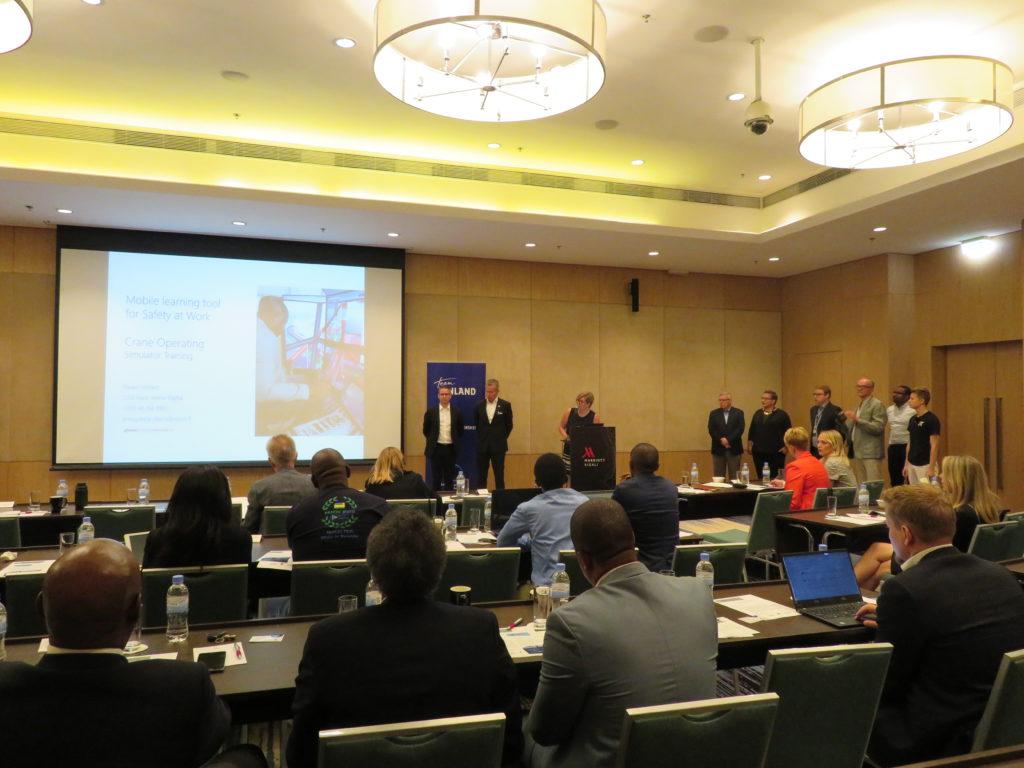 Finnish companies introduced themselves at the Doing Business with Finland seminar in Kigali. There were a total of seven Finnish companies in attendance. The photo is of the companies presenting on their offerings and what they are looking for in partnerships. Photo: Elina Korhonen/Finnish Embassy, Dar es Salaam 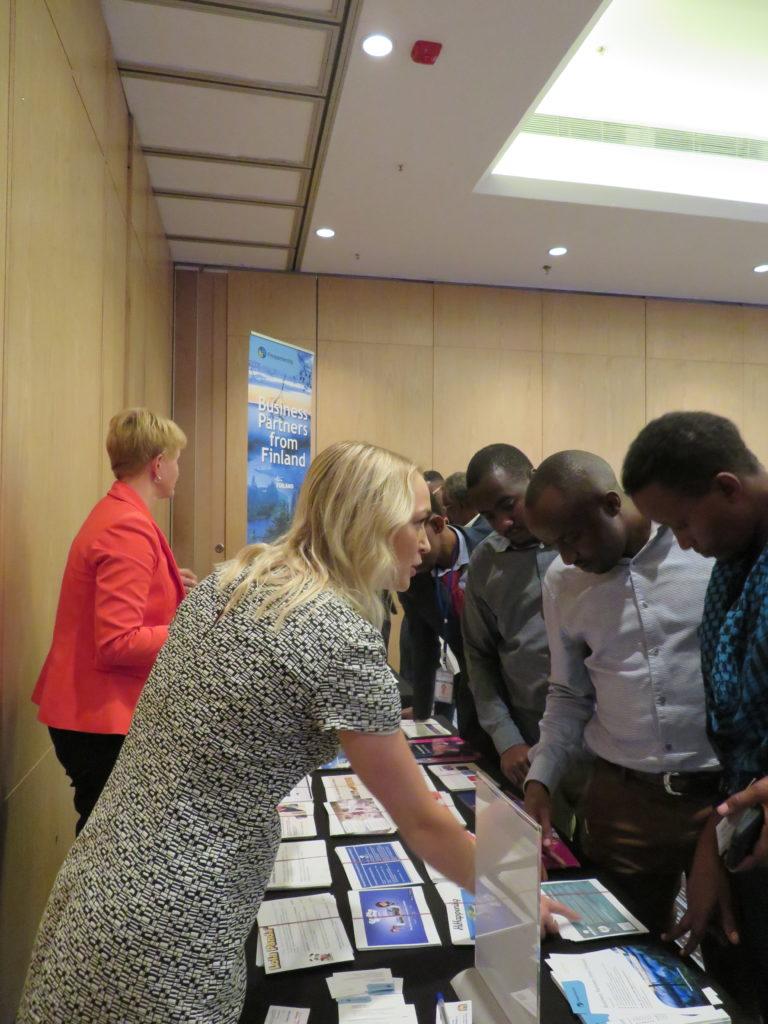 Connecting the Finnish companies represented by Finnpartnership is accomplished using a Matchmaking table. Many companies will wait to travel on-site until they have found an interesting partner to discuss with. These opportunities are always communicated in Finnpartnership’s newsletter. Photo: Elina Korhonen/Finnish Embassy, Dar es Salaam 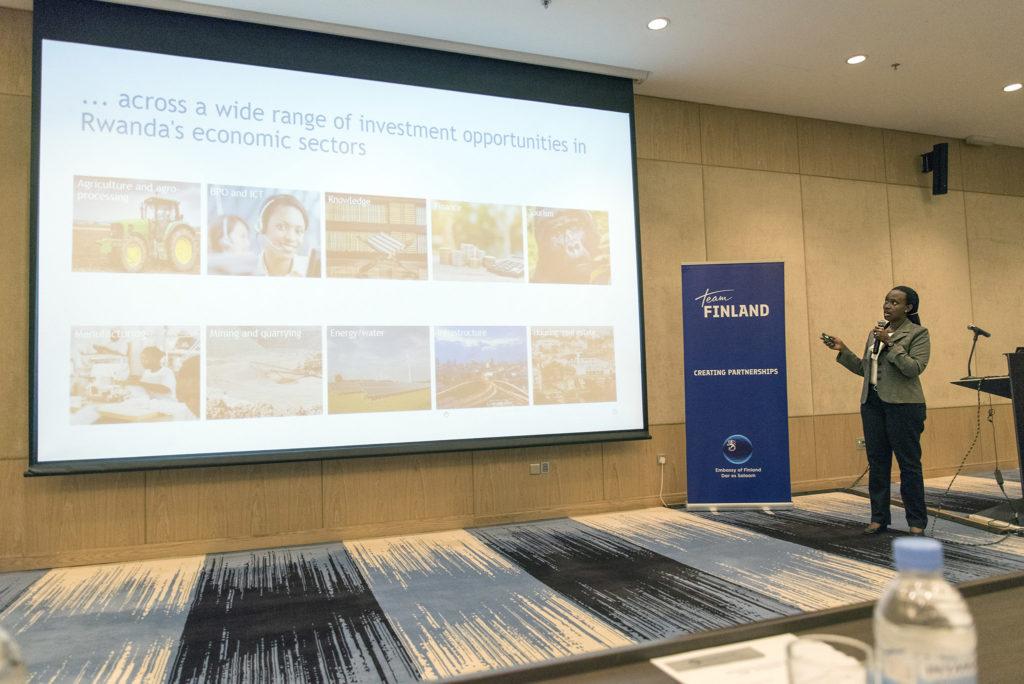 Winifred Ngangure of the Rwanda Development Board discussed Rwanda as a business environment. Photo: Esko Lius

Following the Doing Business with Finland seminar, Finnpartnership, EDUFI and Finnish actors presented on their education expertise and networked at the eLearning Africa conference. The conference was organised for the 13th time and for the first time in Rwanda and Kigali. The three-day conference offered the opportunity to become familiar with a wide range of actors in the education sector in different parts of Africa. Finnpartnership offered Finnish companies and actors in the education sector a “Meeting Point” booth, in accordance with its concept, so that all attendees could use the booth as a small area for introductions and meetings. 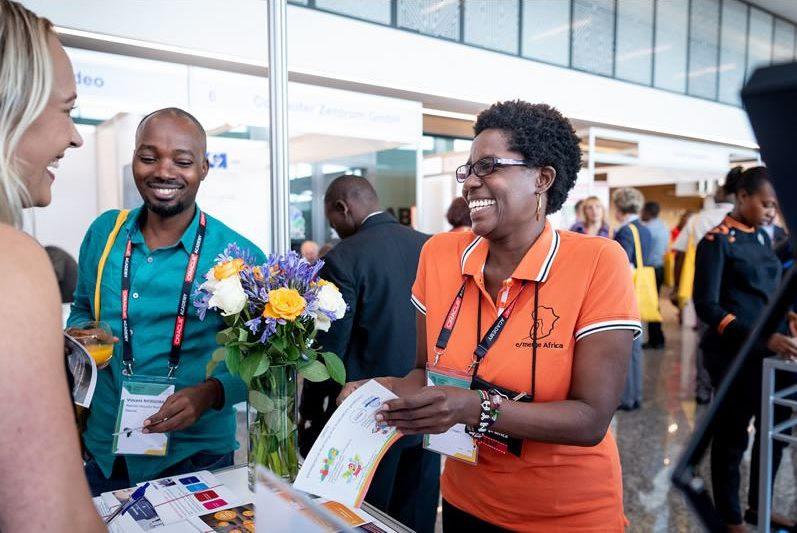 At the eLearning Africa exhibition, professionals in the education sector from different parts of Africa learned about Finnish companies in the sector who are seeking business partners in Africa. Photo: Dominik Tryba, © ICWE GmbH 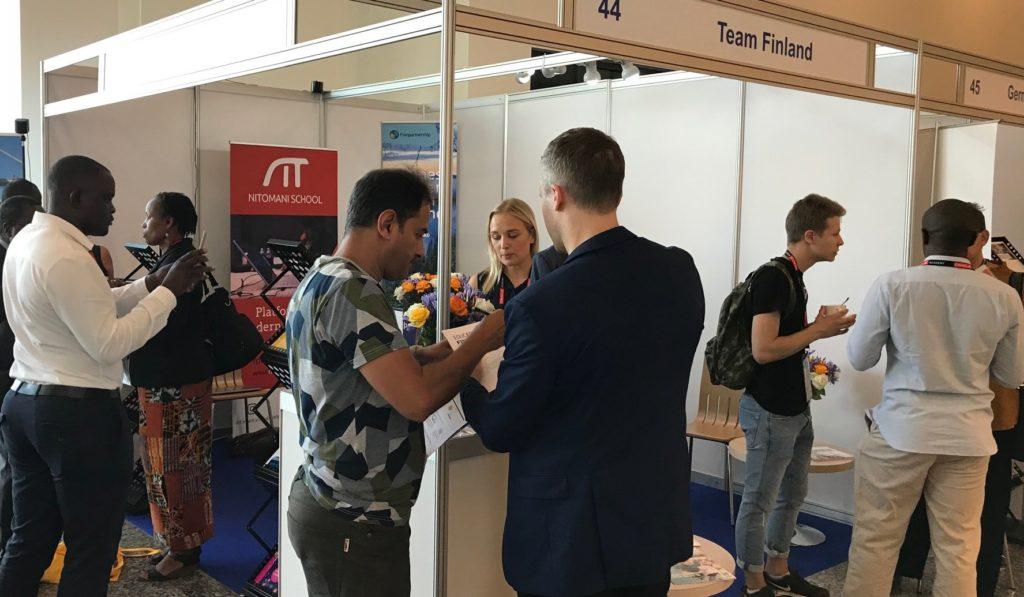 There was something of interest for everyone at the Team Finland booth. Photo: Finnpartnership 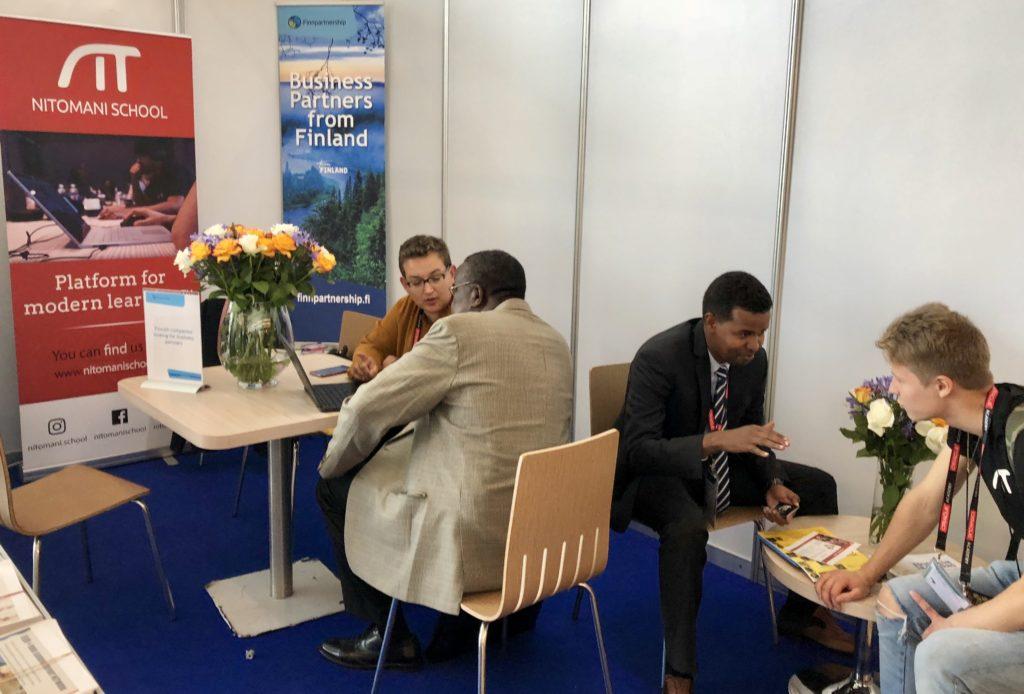 The next seminar of Finnpartnership’s tour in Rwanda and South Africa was organised in Durban in South Africa on 1 October together with a local partner, KwaZulu-Natal Trade and Investment, the South African Team Finland (Finnish embassy and Business Finland) and Finnfund. The event brought together over 50 local companies in the education, ICT, cleantech and art and design sectors. Durban is the third largest city in South Africa, where the maritime industry plays an especially important role. Therefore, there was a lot of demand for Finnish maritime expertise at the seminar. 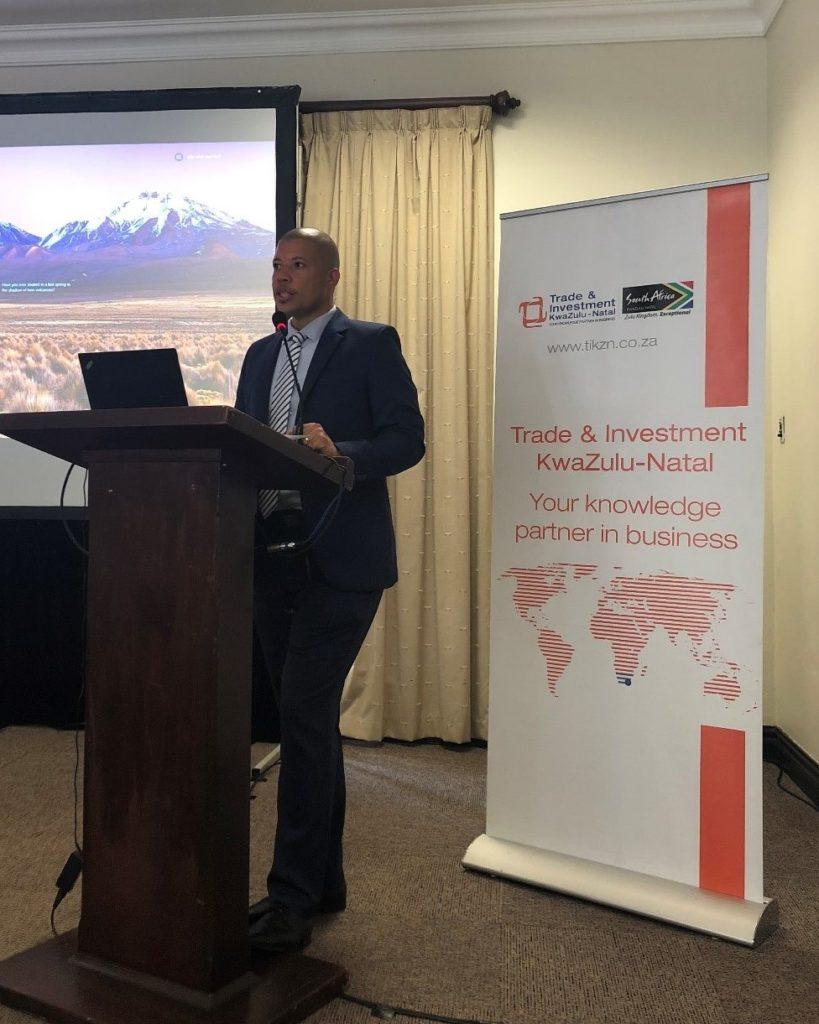 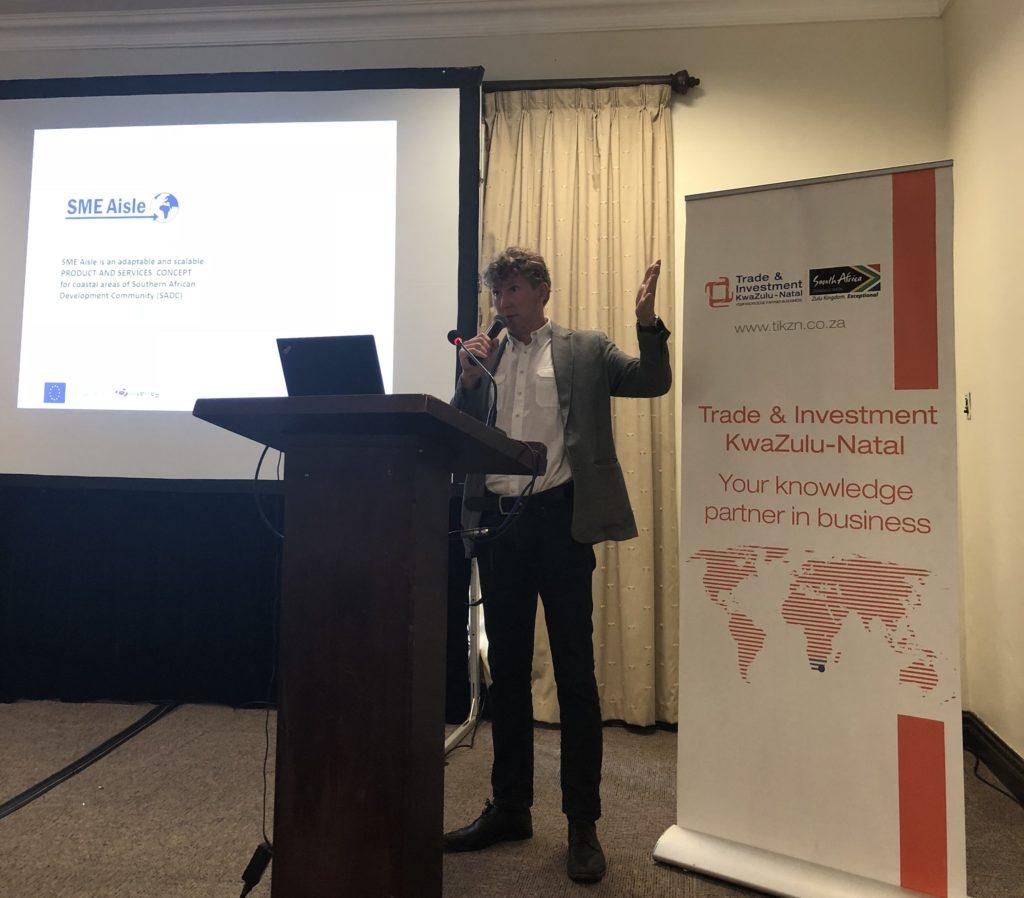 There were over 50 attendees at the DBF seminar in Durban, nearly all of which found a suitable discussion partner either through Finnpartnership or from among the companies represented by SME Aisle. Photo: Rui Nozes/Finnish Embassy, Pretoria

The day after the seminar, Finnpartnership participated in the KwaZulu-Natal Export Week fair. More suitable actors to be connected with Finnish companies were identified at the fair.

Port Elizabeth served as the last stop of the trip, where a DBF seminar was organized on 4 October, together with Nelson Mandela University. In Port Elizabeth, the attendees were primarily interested in Finnish expertise in the water and maritime industries, among others. Here also, the attendees had been successfully selected to match the initiatives sent from Finland. 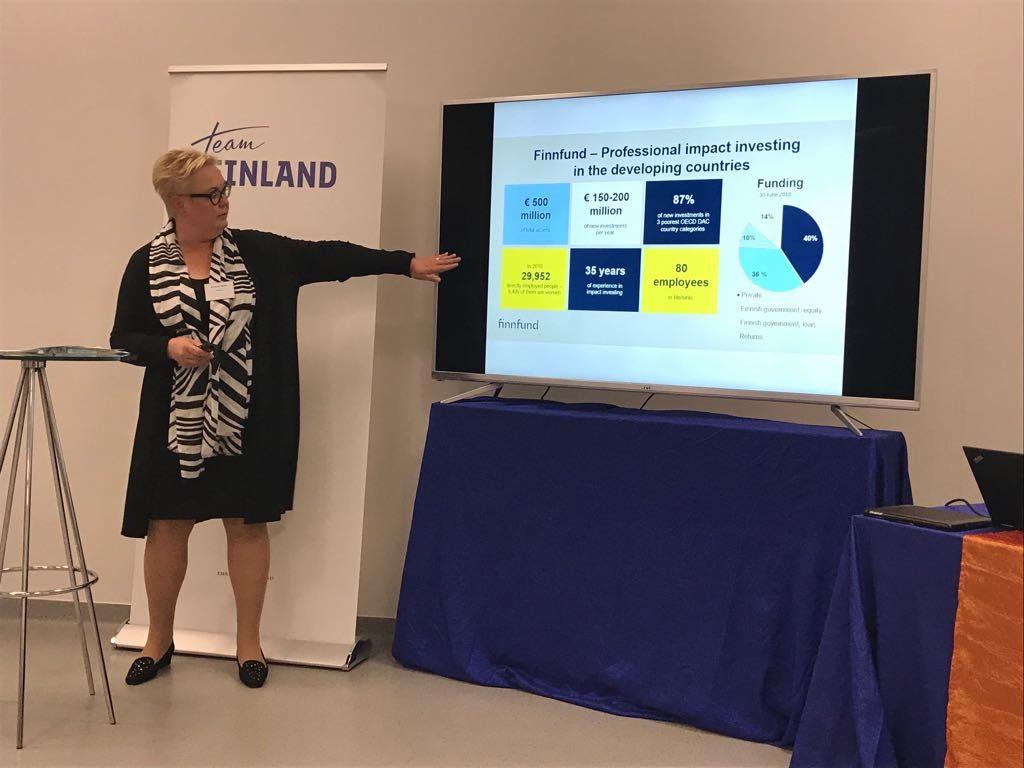 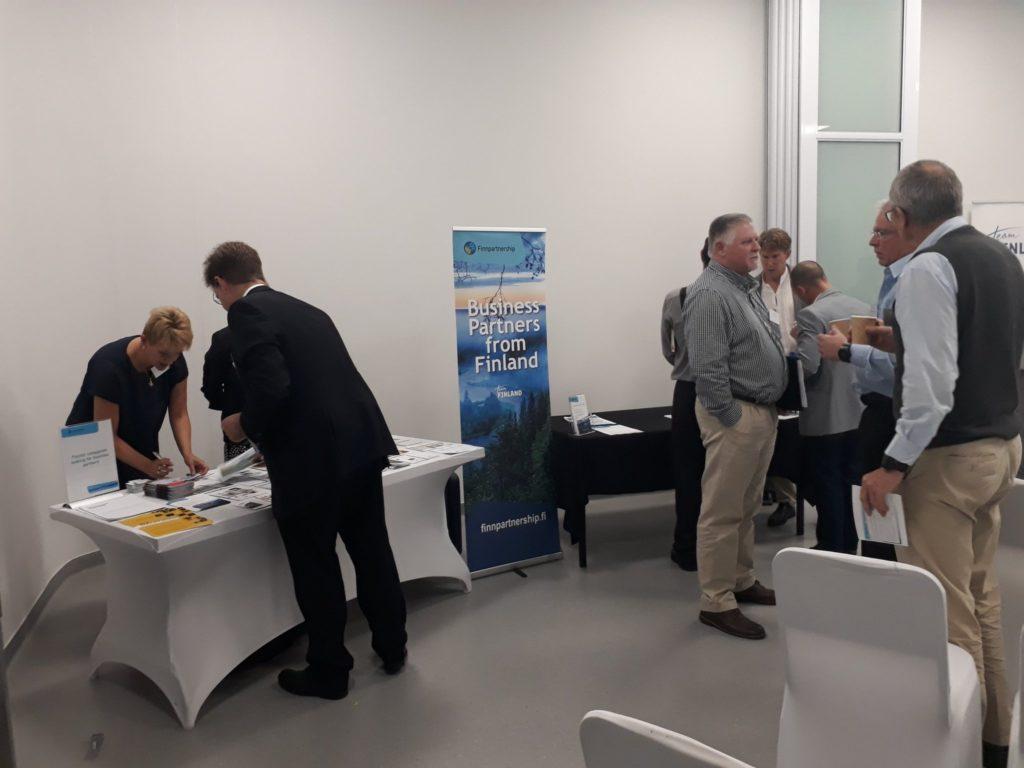 Finnpartnership thanks all partners and participating companies for the events in Rwanda and South Africa and encourages continued participation in similar future events!